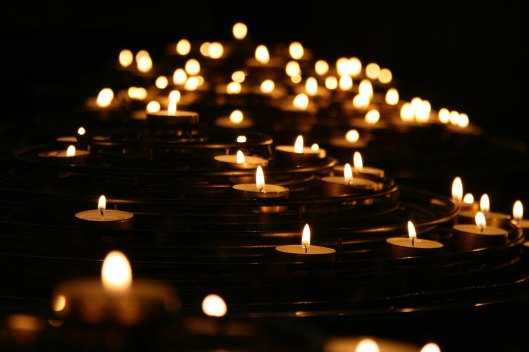 It’s like dangling a worm in front of a fish.  Or a sizzling steak in front of a hungry man.  Show me a book with an interesting title and it’s hard for me to resist.

Case in point:  Last week I had offered to help my son and his family move into their new home.  I was hauling handfuls of books from boxes onto the shelves of their home office when a book (dangling worm) caught my eye.  Help Thanks Wow, The Three Essential Prayers by Anne Lamott.  While I am familiar with Lamott’s work and have one of her books in my own library, this is one I hadn’t seen.

I quickly stuffed it in my purse and decided to ask for permission later.  (It’s called using the family privilege card rather than a library card.)  A small book, I easily read it in one day.  While I don’t agree with all of her views, I found her categorization of all prayers into three areas an interesting concept.

Martin Luther said, “To be a Christian without prayer is no more possible than to be alive without breathing.”  I believe in prayer.  The power of prayer.  The importance of prayer.  So when my eyes fell on an interesting looking book about prayer, I just had to dive in.  When I came up for air, I held her three distinct prayer labels in my hand:

This is the prayer we pray when we need a source beyond ourselves or sometimes a force beyond the power of any human for that matter.  It’s a prayer of humility, of longing and sometimes of desperation.

Describing this prayer, Lamott says, “There’s freedom in hitting bottom, in seeing that you won’t be able to save or rescue your daughter, her spouse, his parents, or your career, relief in admitting you’ve reached the place of great unknowing.  This is where restoration can begin. . .”

My husband says his first real, sincere prayer was these three words, “God, help me.”  Nothing fancy.  Nothing complicated.  But words uttered with gut wrenching desire for God to appear in the middle of a situation he felt powerless to correct.  A few weeks later he prayed a prayer of repentance and asked God to be at the center of his life but first, it was simply the prayer of “Help!”

I’ve heard of agnostics (people who claim neither faith nor disbelief in God) and atheists (people who don’t believe in the existence of God) who, when they have hit that place of complete rock bottom, have prayed a prayer that goes something like this, “God I don’t even know for sure if you’re real.  But if you are, I really need your help right now.”  That’s a HELP prayer in its most honest and basic form.  And I’ve heard amazing stories of God answering those prayers.

Then there are Christians like me who completely believe in the existence and omnipotence of God but who, when life throws a curve ball and our experience does not meet our expectation, wonder what happened to the HELP prayer we prayed.  Lamott describes us when she says, “My belief is that when you’re telling the truth, you’re close to God.  If you say to God, ‘I am exhausted and depressed beyond words, and I don’t like You at all right now, and I recoil from most people who believe in You,’ that might be the most honest thing you’ve ever said.”

She adds, “. . . it would almost bring tears to my eyes, tears of pride in you, for the courage it takes to get real – really real.  It would make me want to sit next to you at the dinner table.”

My husband says his first real, sincere prayer was these three words, “God, help me.”

I was at that point of anger and disappointment with God for awhile in my late twenties.  I had prayed a HELP prayer for the healing of my dad’s cancer, watched him go through five major surgeries and eventually watched him die.  For months I struggled with bitterness and resentment toward a God who had not answered my prayers in the way I wanted Him to.  During that time my conversations with God were not always pretty or even reverent but they were honest.  And you know what?  God heard even those prayers.  And I believe He understood the heart of this daughter and loved me back into spiritual health and wholeness.

Like the rest of us, Ann Lamott has had her share of prayers that she has wanted to see answered in her way.  When she feels her need to control escalate and her trust in God waver, she uses what she calls a “God box”.  For the past twenty-five years she has written names of people, situations and concerns on small pieces of paper and put them in the “God box” as a physical reminder to let go and let God.

Her description reminds me much of the folded and crumpled bits of paper I saw wedged between the rocks of The Wailing Wall in Jerusalem many years ago.  Some faces tear stained, others stoic, young and old alike would take their written prayers, needs beyond their human capabilities, and press them into the crevices and into the heart of God.  Our prayer for HELP is a universal one.

Psalm 136:1  Give thanks to the Lord, for he is good.  His love endures forever.

When our HELP prayers are answered it’s fairly easy to give THANKS.  The hurricane didn’t cause much damage, the biopsy came back negative, you got the new job you wanted.  However, as we mature in our faith, we become more aware of hidden blessings and of silver linings in the clouds of disappointment.  Learning to give thanks in all things is the mark of a soul who truly trusts in the goodness of Our Lord.  And as Lamott points out, giving thanks on a regular basis can change our perspective.

She says, “A lot of us religious types go around saying thank you to God when we find a good parking space, or locate the house keys or the wandering phone, or finally get a good night’s sleep.  And while that may be annoying to the people around us, it’s important because if we are lucky, gratitude becomes a habit.”

Learning to give thanks in all things is the mark of a soul who truly trusts in the goodness of Our Lord.

My friend, Lynn, heard her phone ring in the early hours of the morning and was told her handsome twenty-year-old son had been in an accident.  Before she even dressed to make the trip to the town where he was attending college and was now hospitalized, she fell to the floor and prayed.  In that prayer she submitted herself and her beautiful son to God’s perfect plans, prayed for his recovery and gave thanks.  Several days later she joined hundreds at his memorial service. . . and she was still giving thanks.  Even now, almost a year later, Lynn gives thanks for the fortunate people whose lives have been saved or enhanced by receiving Cole’s donated organs, for the almost twenty-one years she had with this wonderful boy of hers, for the many college kids who prayed a prayer for salvation at Cole’s memorial service and for the friends who have sustained and surrounded her during this time.  Because Lynn had prayed a prayer of THANKS on a daily basis for years, it came naturally in the least likely of circumstances.  Gratitude had become a defining characteristic.

Dictonary.com defines “wow” as “overwhelmed with delight or amazement”.  Lamott observes that “The third great prayer, WOW, is often offered with a gasp, a sharp intake of breath, when we can’t think of another way to capture the sight of shocking beauty or destruction, of a sudden unbidden insight or an unexpected flash of grace.  Wow means we are not dulled to wonder.”

Times I can remember exhaling the prayer of “Wow” were when I first saw the Grand Canyon, when we flew over an active volcano in Hawaii, anytime I see the ocean, the Blue Ridge Mountains, the miracle of birth, the Northen Lights in Alaska, sunsets, sunrises and every time I look out the window of a plane and see that I am literally in the clouds.  Wow!

“Wow means we are not dulled to wonder.”

In Lamott’s words, “When we are stunned to the place beyond words, when an aspect of life takes us away from being able to chip away at something until it’s down to a manageable size and then to file it nicely away, when all we can say in response is ‘Wow’, that’s a prayer.”

My mom’s favorite writer was Max Lucado.  I believe she had every book he ever published (and now those books are in my home).  I love this quote by him, “Our prayers may be awkward.  Our attempts may be feeble.  But since the power of prayer is in the one who hears it and not in the one who says it, our prayers do make a difference.”

Help.  Thanks.  Wow.  Whatever form your prayer may take, whatever posture or props you may use while praying, please rest assured that God is listening.  He hears them all.  He hears you now.

10 thoughts on “Prayers We Pray”